Before leaving Berlin, we decided to visit the Treptow Park. This is a historical monument dedicated to the Second World War. It is surrounded by a wonderful park with a pond and tall, majestic poplars. In the center of this park there is a memorial to the soldiers who fell in the struggle against Nazi Germany. The most significant part of this ensemble is the monument to the Liberator-Soldier holding a sword in one hand and a little girl in the other. Under his feet, a trampled down fascist cross. When we arrived at the park, there was almost no one there. The whole area is paved with small mosaics. Along the edges are columns with frescoes and sayings of Stalin, engraved in German. The park is fresh and quiet, the birds are singing. The trees are very large, you can’t clasp their by hands. 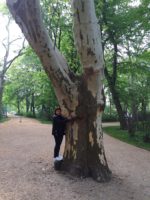 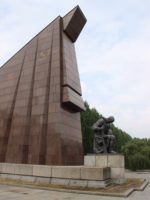 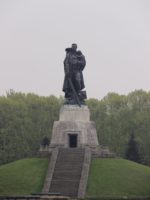 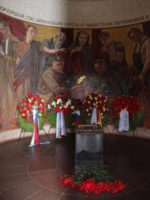 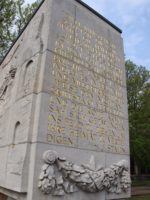 Leaving the ring road, we saw a narrow and tall glass building, on each floor of which stood an Audi car. I think this is a kind of vending machine for the sale of cars. Those who want to buy a car Audi can immediately go on it. Documents will be issued and transferred to the owner later. A very unusual way to purchase a car, I read about it on the Internet.

We returned the same way we came. The border with Poland crossed across the Oder River in the Frankfurt area. On the road, rain moistened us periodically. There were few machines. In the middle of the way, an anniversary was fixed on the odometer – 88888 kilometers traveled. We rode the toll road again. We paid 90 zlotys for 4 sections of the road. Everything around is blooming and smelling, rapeseed is turning yellow in the fields, it is felt that spring is in full swing. 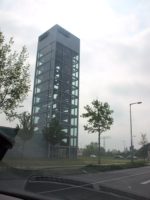 We are going to cross the border with Belarus near the city of Terespol. Because of this, we had to go further south than for the first time. We didn’t like the reverse route at all, since there are only two lanes, many settlements on the way, the speed has dropped dramatically. We arrived at the hotel «Pod debami» in the city of Kobylany very late. The hotel is large, 4 floors, there is a separate restaurant, around the forest. We got a big room with a balcony. There is everything you need for a comfortable stay – a refrigerator, radio, TV, hairdryer and even hot water to drink tea. 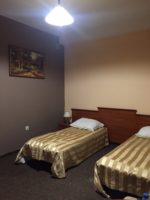 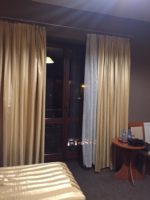 I really want to sleep. Good night everybody.