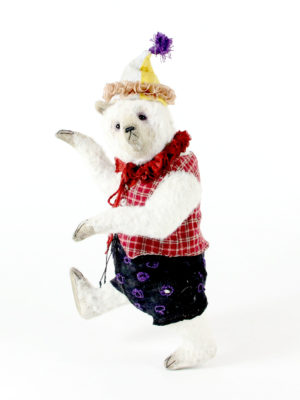 A true clown is a unique phenomenon. Each clown, undoubtedly relying on the traditions of his predecessors, creates his own individual artistic world. Circus clownery (lat. colonus – rough-ass peasant, rude) – a genre that includes the performance of one or more clowns. 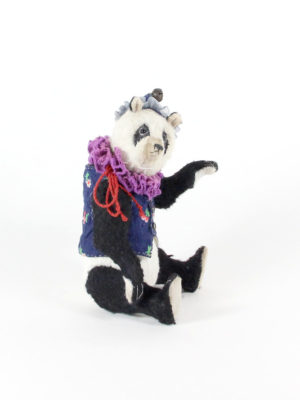 Clownery can be called the most democratic genre. Its origins are in the performances of wandering artists, in different countries bearing different names (Russia – buffoons, France – jugglers, Germany – shpilmen, Poland – dandies, Central Asia – masxarobozes, etc.). In their speeches there was a combination of rude humor, which aims to amuse spectators, with topical satirical elements. In the performances of clowns there is always a distinct element of parody, designed to exaggerate the funny features of this or that phenomenon, attraction, character. A stable traditional clown pair – «red» and «white» clowns. The white clown is a serious character, it’s a stupid gentleman, he has white make-up and a pointed hat. The traditional white face is borrowed from the clown Pierrot, a French clown of the 17th century, with a bald head, whose face was sprinkled with flour. The costume on this clown, decorated with rhinestones, braid and other trim of colorful fabric, should have been good to sit. Often this outfit had puffs on the shoulders and hips. The red clown is his assistant, and everyone laughs at him, as he imitates the white, but he does not succeed. His name is Augustus. Augustus has its origin from Germany in 1869. Today’s circus is completely different! And huge merit in this circus performers, evoking the present audience! 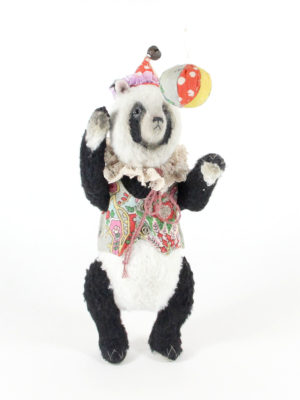 I made unusual teddy bear clowns – these are two pandas and a white northern bear. Funny entertainers and jugglers. They laugh, amuse and look at us with irony. White teddy bear Funtik – the most mischievous and quaint clown. He creates wonderful clownish numbers and makes the audience laugh at the circus, throwing hoops and balls up. Teddy bear Klyaksa – the owner of a kind and bright soul, looks like the Clown Harlequin. He loves to sing songs, tell poems and dance. Sometimes he’s very thoughtful, but he’s still nice. Teddy bear Oduvanchik is the most amusing and playful panda. He likes to throw the ball up and perform unusual tricks. Entertains with his amusing behavior not only children but also adults. Is happy to receive applause for his numbers.